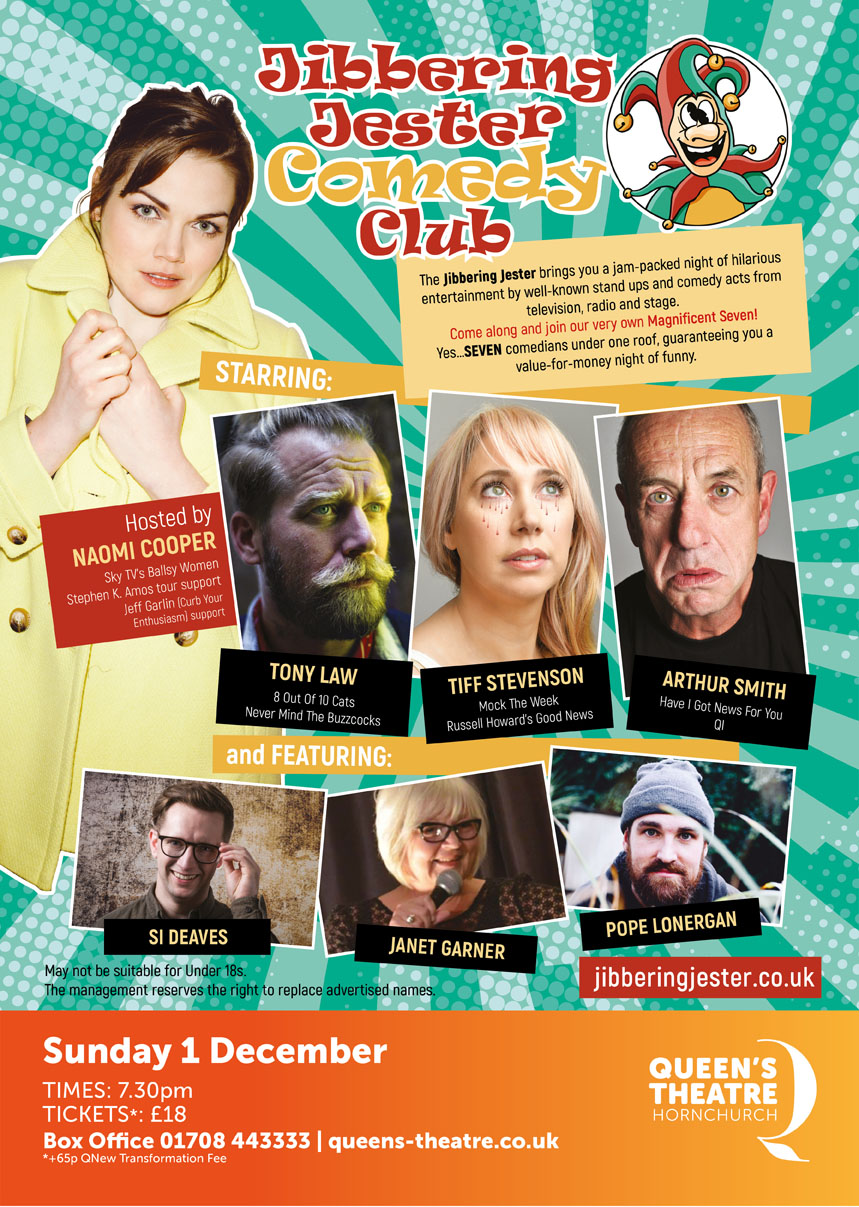 The Jibbering Jester brings you a jam-packed night of hilarious entertainment by well-known stand ups and comedy acts from television, radio and stage.

Come along and join our very own Magnificent Seven!

Yes…7 Comedians under one roof, guaranteeing you a value-for-money night of funny.

May not be suitable for Under 18s.
The management reserves the right to replace advertised names.